Energa presents an overview of all renewable energy facilities under its management. Renewable energy sources are part of the Energa Group strategy for 2016-2025. Energa is a national leader in this field. At the beginning of 2020, more than 30% of the Company's production mix came from renewable sources.

Energa owns 46 hydroelectric power plants, five wind farms and two solar farms. The total capacity of these power plants is 444 MW. The Company continues to expand its onshore wind farms, invests in solar energy projects, and, as a long-term project, plans to build offshore wind farms. In April 2019, work was commenced on the construction of the 30 MW Przykona Wind Farm. Completion of the investment and obtaining of the operation permit are planned for Q2 2020.

The Kępka Hydroelectric Power Plant (now in the Pomeranian Province) was built and commissioned on the Wieprza River in 1911. After the war, the power plant equipment was dismantled by the Soviet army in 1945 and taken away to the east. For a long time no decision was made to rebuild it. It was not until 1995 that Zakład Energetyczny Słupsk, a power distribution company, prepared a project to restart it. The work began in 1996, and after the next two years the modernized power plant resumed electricity production.

Two Kaplan-1550 type turbines were installed in the power plant as a vertical arrangement with double hydraulic adjustment of rotor blades and guide vanes. The turbine is coupled to the generator via a PWT 4.62-1.3 gear. An RTKS - 2 electrohydraulic controller is used to control the turbine. The trash screen of the hydropower set is provided with cleaning equipment. The plant operates as an unmanned facility (there is personnel on duty at the Kępice Hydroelectric Power Plant).

Hydroelectric power plants are an important element in the electricity generation chain of the Energa Group. They are constantly upgraded and overhauled, which maintains their energy efficiency at a very high level. 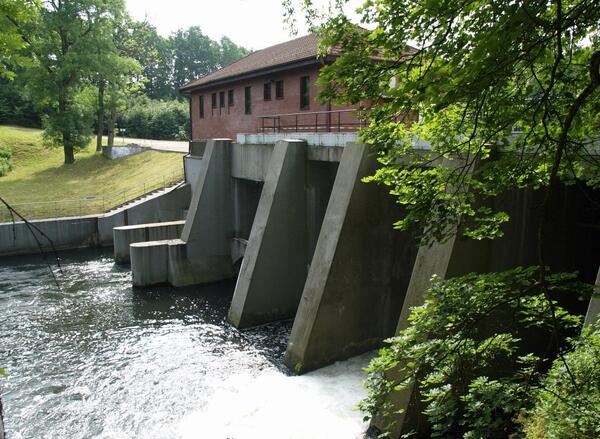