The ORLEN Group to build a gas-fired power plant in Ostrołęka. An annex to the existing agreement, assuming a change of technology from coal to gas and steam, was signed by CCGT Ostrołęka, a special purpose vehicle of Energa from the ORLEN Group, with the General Contractor of the power plant construction - GE Power. The value of the annex regarding the construction of the gas-fired power plant is estimated at approx. PLN 2.5 bln, i.e. a half less than in the case of the contract for the construction of the coal-fired power plant. The development of modern gas technologies is in line with the ORLEN2030 strategy assuming an increased importance of low- and zero-emission energy sources.

- There is no turning back from building a gas-fired power station in Ostrołęka. The decision has been made. This project will significantly support Poland's energy transition. In the ORLEN2030 strategy, we assume not only an increase in the capacity of renewable energy sources to over 2.5 GW, but also the achievement of 2 GW of capacity in gas-fired power plants. This will create a strong and, above all, balancing energy division of the Group. It will also be a significant step towards strengthening conventional power generation in Poland while gradually replacing coal-fired units with low-emission sources. This change in electricity generation technology is in line with global trends that favour environmentally friendly solutions. In the US alone, more than 100 power plants have switched from coal to gas in the last decade. Importantly, this project will be profitable in business terms and will contribute to stabilising electricity prices on the domestic market," says Daniel Obajtek, President of the Management Board of PKN ORLEN.

The construction of the gas-fired power plant in Ostrołęka will support the national grid system. In accordance with the assumptions of Poland's Energy Policy until 2040, over 4 GW of power will be disconnected from the National Power Grid in this decade alone. Meanwhile, the growth in domestic electricity demand is estimated at around 45 TWh by 2040. The company therefore plans to further develop stable gas sources to supplement renewable energy sources, for example in adverse weather conditions.

- Today’s agreement with our partners led by Orlen Group is an important step in Poland’s energy transition and we are pleased to continue to support our clients with GE’s most efficient gas turbine technology. Like our partners, we fully understand today’s efforts to work towards a lower carbon future and are proud to lend our expertise and know-how across the energy sector as this important work in Poland evolves further,“ says Sławomir Żygowski, CEO of GE in Poland, Country Executive.

The annex to the contract with GE Power signed by CCGT Ostrołęka mainly changes the technology in which the project is to be implemented. The new 745 MWe net combined cycle gas turbine (CCGT) power plant, planned on the site originally used for the coal-fired unit project, will be a single-shaft unit: with one gas turbine, a heat recovery boiler, a condensing steam turbine generator and a wet fan cooling tower. The project will be delivered on a brown field basis - making maximum use of the construction infrastructure prepared for the coal project - and on a turnkey basis (EPC formula - engineering, procurement, construction).

The start of construction works on the gas and steam unit in Ostrołęka is scheduled for the turn of 2021 and 2022. However, works are already underway to connect the plant to the gas network. Gaz-System has declared its readiness to connect the unit to the gas transmission network in three years. The timetable calls for substantial construction works on the power plant to be completed by the end of 2024 and the facility to be commissioned in 2025. Along with the annex for the construction of the unit, a multi-year maintenance contract was concluded.

The annexation of the contract with the General Contractor was preceded by the acquisition by CCGT Ostrołęka of the assets necessary for the implementation of the gas project. At the same time as the annex initiating the construction of the new gas and steam power plant in Ostrołęka, the so-called Contract Amendment Document was signed. It collectively defines the terms and conditions for making changes to the contract, but also for further settlements between the General Contractor and the Contracting Party.

Making amendments to the contract also required an agreement on settling the existing coal project. The settlement is expected to be finalised by the end of this year. It is essential that the parties mutually agree on a maximum amount up to which the contractor can submit claims. The parties have agreed that the limit shall be PLN 1.35 bln (against the initial coal contract value of approx. PLN 5.05 bln). It is set for the total settlement of the works carried out to date, and not by the amount to be paid (funds already paid to the contractor will be counted towards the settlement). This means that the cost to Energa of the ORLEN Group  of the settlement with the contractor for the existing coal project (when split evenly between the two project sponsors) will not exceed PLN 675 mln.

The investment process for the construction of the Ostrołęka C power plant was initiated in 2009. Despite advanced preparatory works and the expenditure of nearly PLN 0.2 bln, in September 2012 the then board of Energa suspended the project. Difficulties in obtaining financing and the unfavourable situation in the construction services market were cited as reasons. A return to the suspended project was to be determined by a possible improvement in macroeconomic conditions. The coal project was resumed in 2016. At that time, the price of CO2 emission allowances was around EUR 5 per tonne, which is more than ten times less than today.

The construction concept changed in early 2020, after the project's sponsors decided to suspend its funding. This had to do, among others, with the radical change in the European Union's environmental policy (the so-called Green Deal), the new credit policy of the European Investment Bank (EIB) towards the electricity sector and the tender offer to buy back all shares in Energa announced in December 2019 by PKN ORLEN (finalised in April 2020). At the same time, analyses were launched to verify, inter alia, the economic, technical and legal aspects of the project. On the basis of their results, a decision was taken in June 2020 to continue the project, but with a change in power generation technology to one using natural gas combustion. 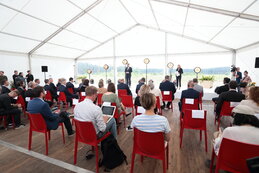 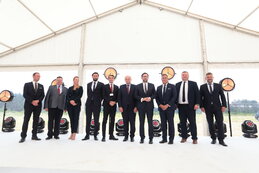 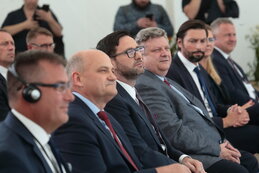 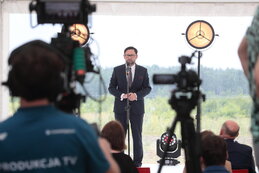